Throw statistics out of your fundraising letters! 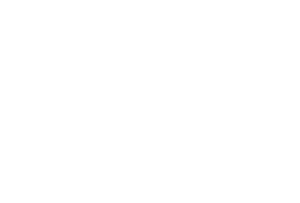 These are the words that matter to us as fundraisers

These are the words that matter to a donor

A couple weeks ago, I was grounded in Newark, NJ so I got to listen to some NJ radio. One ad for a nonprofit caught my attention and then quickly failed. I blogged about it at Does the phrase "tax deductible" kill donations?

And I gave some suggestions on how the ad could've gotten me to make a donation.

That post is getting a lot of traffic and great comments. But why will thousands of nonprofit fundraisers use that phrase as though it were a "deal clincher" for a gift? I think it's because it sounds logical.

I think nonprofit fundraisers have a love affair with rational phrases and statistics because they feel these make them seem smarter. Make their nonprofit seem like a smart investment. But as Tom Ahern said years ago in a post called You love stats. But do stats love you?:

"[statistics] can be surprisingly weak persuaders when you are trying to move people to give."

Part of the reason is, as Tom puts it, "donors want to IMAGINE their gifts at work." Statistics don't let them. Especially when they're thrown kitchen-sink style at a donor.

Often our fundraising letters or newsletters look like this: We shook 2031 hands and fed 62 children and fixed 423 sashes with a 97.3% accuracy rating and exactly 94.3% of your gift went directly to do that.

We think it's clear that we're doing a lot of good. But donors don't have anything to compare those numbers against. And there are so many, it's difficult for them to imagine themselves making the difference.

As irritating as this will be for the logical among us, studies are consistently showing that when it comes to fundraising, logic kills donations.

Worse still, the evidence shows that we can't mix emotion and logic. Telling an emotional story and throwing in even one calculation or statistic can have devestating results on your fundraising.

In a comment to my "tax deductible" post, Marc Koenig from Nonprofit Hub reminded us that Chip & Dan Heath write about this in their book Made to Stick: Why Some Ideas Take Hold and Others Come Unstuck. On page 167, they write:

“The results [of pitching with a primarily emotional appeal with an analytical detail] are shocking. The mere act of calculation reduced people’s charity. Once we put on our analytical hat, we react to emotional appeals differently. We hinder our ability to feel.”

The statistics and tax deductibility are important. Just not in our fundraising appeals. Because if we're to be successful at fundraising, we need our donors to feel.

This week, review the rest of this year's fundraising letters and see about removing analytical words. Opt instead for anecdotes, one story to put to face on the stats.