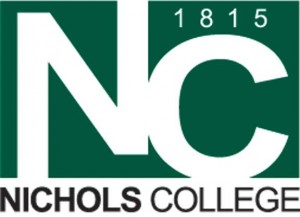 In December 2008, just weeks after the dramatic beginning of the current recession, Marc was hired by Nichols College HR Office to provide executive coaching to help a “friend raiser” make the transition to becoming a full-fledged “fundraiser.”

Starting with the Highlands Ability Battery, Marc helped Bill identify his strengths and natural skill sets. Then in weekly calls, Marc helped Bill center his work around institutional goals in keeping with his natural talents. Each week, they reviewed Bill’s visits, his results, and helped him make adjustments that would be best for the College. Marc also shortened the solicitation process by helping Bill identify when it was appropriate to make an ask.

When asked about the process, Bill said, “Marc provided real-world examples rather than vague hypothesis for everything from major donor solicitations to direct mail projects. I like how he partnered with me, outlining clear action steps without becoming heavy handed.”

Taking a break for three months ensured that the new habits were rooted in Bill’s work and allowed them to take on organizational leadership issues in the second round of coaching.

During the time of Marc’s coaching, Bill was promoted from a lower level development associate to the senior most development position at the college aside from the president. Marc helped Bill focus on fundraising goals in addition to visit goals. And as Bill took on more leadership, Marc coached him through an organizational change involving succession planning with the board of trustees and laying the foundation for restarting a stalled capital campaign.

“Marc provided valuable guidance in our efforts to ramp up a more mature advancement shop. From personnel issues to solicitation strategies, he brings a fresh perspective that has enhanced our entire operation. He has created lasting changes in our program and is a great resource for us. Because of his coaching, I’m a better fundraising professional.”