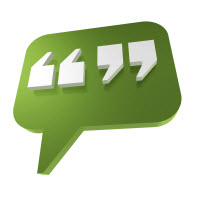 Here are the quotations used in the fundraising book Ask Without Fear!®.

Marc gleaned them over the years of teaching fundraising and stewardship. Some he read. Many have come from bits shared by colleagues. The original 55 quotations have proven to be meaningful to him as well as to the thousands that have read Ask Without Fear! so we’re offering on this page.

We’re adding new quotes we come across too so be sure to bookmark it so you can find it easily when you need inspiration.
[infusionsoft bordercolor=’blue’]

Fundraising is the gentle art of teaching the joy of giving.
-Hank Rosso

Donors don’t give to institutions. They invest in ideas and people in whom they believe.
-G.T. Smith

In good times and bad, we know that people give because you meet needs, not because you have needs.
-Kay Sprinkel Grace

He who allows his day to pass by without practicing generosity & enjoying life’s pleasures…breathes but does not live.
-Sanskrit Proverb

From the perspective of the gospel, fund-raising is not a response to crisis. Fund-raising is, first and foremost, a form of ministry.
– Henri Nouwen

Research is the process of going up alleys to see if they are blind.
-Marston Bates

If we knew what it was we were doing, it would not be called research, would it?
-Albert Einstein

Relationships of trust depend on our willingness to look to our own interests & the interests of others.
–Peter Farquharson

Don’t judge each day by the harvest you reap but the seed you plant.
–Robert Louis Stevenson

No one has ever become poor by giving.
–Anne Frank

When courage, genius, and generosity hold hands, all things are possible.
–Unknown

It is more rewarding to watch money change the world than to watch it accumulate.
–Gloria Steinem

The greatest use of a life is to spend it on something that will outlast it.
–William James

Much is required from those to whom much is given.
–Luke 12:48

There are two ways of spreading light: to be the candle or the mirror that reflects it.
–Edith Wharton

To keep a lamp burning we have to keep putting oil in it.
-Mother Theresa

God gives, but man must open his hand.
-German Proverb

You miss 100% of the shots you don’t take.
-Wayne Gretzky

As you go through your presentation, ask questions that stimulate dialogue. Monologues work for Jay Leno, but they aren’t appropriate in fundraising appeals.
– Scott Morton

Few actions of consequence in the world have been accomplished without passion.
-Jerold Panas

Be thankful for what you have; you’ll end up having more. If you concentrate on what you don’t have, you will never, ever have enough.
-Oprah Winfrey

The deepest principle in human nature is the craving to be appreciated.
-William James

Appreciation can make a day—even change a life. Your willingness to put it into words is all that is necessary.
-Margaret Cousins

Silent gratitude isn’t much use to anyone.
-Gladys Browyn Stern

Feeling gratitude and not expressing it is like wrapping a gift and not giving it.
-William Arthur Ward

The meeting of two personalities is like contact of two chemical substances: if there is any reaction, both are transformed.
-Carl Jung

Friendship is certainly the finest balm for the pangs of disappointed love.
-Jane Austen

He who receives a good turn, should never forget it: he who does one, should never remember it.
-Unknown (possibly Pierre Charron)

A life spent making mistakes is not only more honorable, but more useful than a life spent doing nothing.
-George Bernard Shaw

If I had to live my life again, I’d make the same mistakes, only sooner.
-Tallulah Bankhead

An expert is a person who has made all the mistakes that can be made in a very narrow field.
-Niels Bohr

Mistakes are the portals of discovery.
-James Joyce

While one person hesitates because he feels inferior, the other is busy making mistakes and becoming superior.
-Henry C. Link

Mistakes are part of the dues one pays for a full life.
-Sophia Loren

To avoid situations in which you might make mistakes may be the biggest mistake of all.
-Peter McWilliams

When something goes wrong in your life just yell ‘Plot twist!’ and move on.
-Anonymous

On Putting Yourself in Their Shoes

The great gift of human beings is that we have the power of empathy.
-Meryl Streep

Friendship is a living thing that lasts only as long as it is nourished with kindness, empathy and understanding.
-Unknown

The most valuable things in life are not measured in monetary terms. The really important things are not houses and lands, stocks and bonds, automobiles and real state, but friendships, trust, confidence, empathy, mercy, love and faith.
-Bertrand Russell V. Delong

The price of living is giving.
–Unknown

It is only in the giving of oneself to others that we truly live.
–Ethel Percy Andrus

Sacrifice is giving up something good for something better.
–Unknown

Real generosity to the future lies in giving all to the present.
–Albert Camus

In the long run, we get no more than we have been willing to risk giving.
–Sheldon Kopp

The best thing about giving of ourselves is that what we get is always better than what we give. The reaction is greater than the action.
–Orison Swett Marden

The real test of success is whether a life has been a happy one and a happy giving one.
–Sir Henry Newbolt

Remember the words of the Lord Jesus, how he said, it is more blessed to give than to receive.
–Acts 20:35

Life is an echo—what you send out comes back.
-Unknown

There is a wonderful mythical law of nature that the three things we crave most in life—happiness, freedom, and peace of mind—are always attained by giving them to someone else.
-Peyton Conway March

Complete possession is proved only by giving. All you are unable to give possesses you.
-Andre Gide

No person was ever honored for what he received. Honor has been the reward for what he gave.
-Calvin Coolidge

I have found that among its other benefits, giving liberates the soul of the giver.
-Maya Angelou

We ourselves feel that what we are doing is just a drop in the ocean. But the ocean would be less because of that missing drop.
-Mother Teresa

A generous man will prosper; he who refreshes others will be refreshed.
-Proverbs 11:25

Apart from the ballot box, philanthropy presents the one opportunity the individual has to express his meaningful choice over the direction in which our society will progress.
-George G. Kirstein

A wise man should have money in his head, but not in his heart.
-Jonathan Swift

I have found that among its other benefits, giving liberates the soul of the giver.
-Maya Angelou

Giving money effectively is almost as hard as earning it in the first place.
-Bill Gates

Never think you need to apologize for asking someone to give to a worthy objective, any more than as though you were giving him an opportunity to participate in high-grade investment. The duty of giving is as much his as the duty of asking yours. Whether or not he should give to that particular enterprise, and if so, how much, it is for him alone to decide.
-John D. Rockefeller