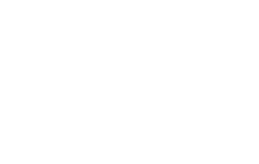 In July 2011, Marc conducted an extensive audit of the board of the Auburn Public Library. Their board had navigated a very successful campaign and hired a new director for the library. But now the board had been through a rough patch and was facing a recruitment and succession problem. Many of the board members were reaching their term limits and there was no real pool of prospects to invite and none of the committees were functioning. Board giving was not 100% or regular. The audit also involved assessing the Library’s over 600 corporators who were largely inactive and non-donors.

Since this audit included both the Board and Corporators, Marc reviewed the Library’s By-Laws and Corporate Structure. He compared them to those of similar libraries and called those library directors to find out what was effective for them with their Corporators. The review showed one of the clearest set of library by-laws in the State. The biggest ambiguity was with Corporators but the wording of the documents left the Library with room to address this group.

Marc also reached out to all the board members individually, interviewing them on their attitude toward the library, whether they felt their unique gifts and talents were being well used, what they felt their responsibilities were, and their view of fundraising. Because these calls were individual and done under the condition of anonymity, board members were quite frank about what was working and what needed improving. They were genuinely relieved to be able to tell someone outside of the Library system.

Marc’s calls to a representative sampling of Corporators and the staff were well received and helpful. Using similar questions as those asked the board members, he found the general ambiguity of the role of Corporators was shared by the Library and the Corporators themselves.

Marc delivered a 17 page assessment to the board within four weeks. It outlined specific recommendations for the Board, the Corporators, and an extensive 2-year plan for engaging both groups.

As a result of this audit, the Library took Marc’s suggestion of sending a letter clarifying the expectations of Corporators and giving them an option to opt out. Many chose to stay on, but surprisingly, many opted for the retirement offer, become “emeritus” Corporators. This and a process of deduping old files brought the list from over 600 people to just over 100. Now corporators are able to be communicated to more than once a year and feel much more involved.

The biggest benefit has been on the Board. The Board is now full and quite active. Younger board members are adding new energy to meetings. And the entire Board (100%) is regularly giving to the Library’s annual fund.

As a result of Marc’s audit over 18 months ago, our Board and Corporators are completely transformed. The board is now full of enthusiastic, engaging people. Even young people. It is great! The Corporators are also much more engaged and the annual meeting was great!