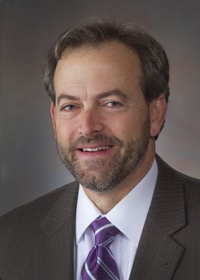 A few weeks back, I was talking with Dan McCormack about an upcoming training. In the midst of our conversation, Dan said he didn’t let his team use the term “a culture of philanthropy.” His observations were so right, I asked if he’d do a guest blog post on this. I’m glad he said yes! Dan is the President of the Hospital Sisters of St. Francis Foundation based in Springfield, Illinois and an officer on the Board of Directors for NCDC (the National Catholic Development Conference). You can learn more about Dan at https://www.linkedin.com/in/danielmccormack1. If you’ve ever been charged with creating “a culture of philanthropy,” you’re going to love this!

I have a problem with the term “Culture of Philanthropy.” It’s gotten to the point where I’ve actively discouraged the members of my team from using it.

In the 1960’s and 70’s, there was a fad around “elephant jokes.” Courtesy of the Scholastic Book Service, I had my own paperback copy of Elephant Jokes and its sequel, More Elephant Jokes. One of the elephant jokes went something like this:

Q: How do you make a statue of an elephant?
A: Get a very large rock and chisel away everything that doesn’t look like an elephant.

Like sculpting an elephant, culture of philanthropy is almost always defined in the negative. In thirty years of working for nonprofit organizations, twenty of those years spent in fundraising, I can’t honestly recall anyone describing a culture of philanthropy in the affirmative. It’s always something that we need, never something that we have. Pretty much every development office shortcoming this side of inaccurate data entry is laid at the feet of this mythical creature, this chimera, that we call a “Culture of Philanthropy.”

Ok, but what does it mean? This mythical creature is always named when things are going wrong. But have you noticed that strong development programs almost never mention it? That’s because a culture of philanthropy is what results from doing things right. It’s not a method, it’s an outcome.

As a profession, we ought to be more precise in our terminology and more rigorous in the standards to which we hold ourselves. We need to identify our problems with specificity, develop measurable solutions to address them, and then hold ourselves accountable for achieving those solutions. Pinning all of our failings on the lack of a “culture of philanthropy” is not only imprecise, it’s lazy.

The next time you hear somebody (or even hear yourself) saying those words, stop and ask: What does that mean, exactly?