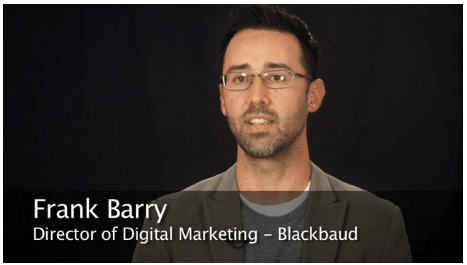 Frank Barry recently came out with a report on nonprofits and social media. He definitely “gets” social media and nonprofits! So I asked him to do a guest blog post for FundraisingCoach.com. Here it is! Frank is manager of professional services at Blackbaud and blogger at NetWits Think Tank. Frank helps nonprofits use the Internet for digital communication, social media, and fundraising so they can focus on making a true impact and achieving their mission. Find Frank on Twitter @franswaa.

Getting Started with Social Media 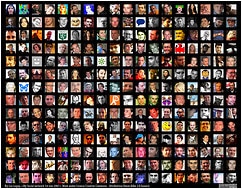 Make sure to check out the slides on “How ‘Going Social’ Can Unlock the Door to Greater Fundraising Potential” and the Nonprofit Social Media Primer after you’ve read this post.

Social media continues to grow in both popularity and reach. It accounts for 22.7% of time spent on the web. Newspapers and television shows are constantly referring to Twitter and Facebook. It’s even been said that Nonprofits are among the leaders in social media adoption. With all the buzz it’s likely you’ve started asking yourself “how can my organization use social media to enhance our online efforts?” I’ve got a few thoughts and ideas for you.

Having a social media strategy is not its own objective. Rather, social media strategies can support existing objectives. Reflect on your organization’s current objectives: Do you want to build cause awareness, connect with new supporters, cultivate supporter relationships, or build a private space on the web for your community? Those are all things social media can help support.

Here are a few examples …

Cultivate Relationships: Collaborate With Your Supporters

In 2008, the Brooklyn Museum created an exhibit called Click! where the public got to be both the artist and the jury. Through an online system, members of the Museum’s web community submitted photographs and then selected those that would be included in the show. A total of 3,344 people participated, and the show was a great success.

Lance Armstrong Foundation (LIVESTRONG) establish an additional way to communicate with close to 1 Million (960,379 as of 9/8/2010) people by creating an organization page on Facebook. They’ve fostered an incredible community and spread their message throughout a 500 Million (and growing) Facebook user base.

Using Digg, The National Wildlife Foundation was able to convert 243 “digs” into 43,703 page views for a webpage that would have only received 4,834 page views without the social bookmarking “assist”. This resulted in thousands of people learning about their organization and mission.

Build a Space on the Web for Your Community: Create a Private Social Network

The United States Naval Academy Alumni Association and Foundation employed the User Networking Manager within Blackbaud’s NetCommunity system to quickly and effectively build USNA Connect, a specialized private social network for Naval Academy alumni, parents and friends. USNA Connect is a unique site that reflects the camaraderie of the Naval Academy and it features a host of functions that were specifically designed for its users.

1. Pick an Existing Goal to Pursue.

Identify something your organization wants to accomplish. Many organizations find that social media provides good support for:

If you are just starting, pick one of these to focus on and let that objective guide you every step of the way.

Someone has to own it. Take a look at organizations like the ChildFund (Virginia Sowers), National Wildlife Federation (Danielle Brigida) and Pancreatic Cancer Action Network (Allison Nassour). What’s the theme? Each nonprofit has a person who owns their social media efforts.

Making an overt assignment (like you do with direct mail, email, etc) will let a person or group of people on staff develop the focus, comprehensive view, and skills needed to leverage these new techniques effectively. No ownership equals limited success.

With your team identified and your initial goal in mind, it’s time to learn how to “listen” in the social media channels. The concept of “listening” is also known as “monitoring”. What does that mean you ask? It’s the activity of finding out what is being said (by you and others) online about you or something you are interested in.

There are at least three reasons for this:

Some starting points for regular monitoring include:

Track the number of mentions for your organization name, your staff, and events you are currently running in each of these mechanisms. This will help measure your organization’s current social media footprint and prepare you to measure the reach of your future initiatives. Here are a few more ideas on how to set up a social media listening dashboard for free.

After establishing your organization’s ability to “listen” in the social media channel, the next step is to establish a baseline presence that you can use as a foundation. Facebook and Twitter are, in most cases, good places to start, but remember that your objectives and the insight you’ve gained from “listening” should guide your choices every step of the way. Don’t just go out and get on Facebook because everyone else is doing it.

Now you have an objective, dedicated staff, a way to listen and to measure results, as well as a foundational presence in the social media landscape. Reflect on what you’ve learned, review the program examples talked about in the “Pursing Objectives” section above, and formulate the plan for your first social media campaign. It’s time to really go for it!

What other starter tips or examples do you have?