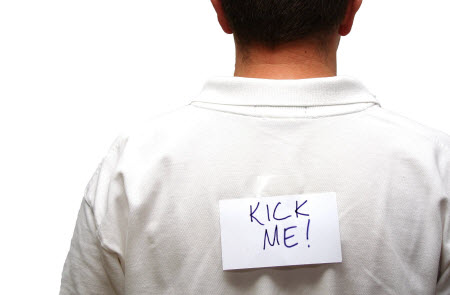 Because sometimes all you need is a little kick!

This year, I’ve got a lot of great products and services I’ll be rolling out to help you raise money. Today, I want to introduce you to a cool new service I’m really excited about called “Fundraising Kick.”

What they really need is a little kick, something to get them started. Encouragement to act on what they already know.

Fundraising training can provide that kick. But before long, the enthusiasm wears off.

Fundraising coaching is excellent at providing the kick and keeping the motivation going long-term. But being coached is a lot of work. Worthwhile and incredibly rewarding work, but it’s still work.

Sometimes leaders are just asking for a little kick. That’s what Fundraising Kick is all about.

Fundraising Kick is a weekly email dedicated to getting you to ask someone for money. Starting next week, I’ll be giving you creative and simple actions to help you raise more money this year than you could imagine.

It isn’t free. It costs $9.97/month. For something that costs less than a latte a week, the potential ROI is phenomenal. One ask could pay for a years subscription for an entire team of fundraisers!

Fundraising Kick isn’t for everyone. It’s for super busy nonprofit leaders, especially CEO’s, executive directors, and board chairs. The emails will often be short but incredibly concrete. I’ll do all I can short of reaching through the email and dialing the phone for you!

This isn’t some pre-written email autoresponder. I have over 100 ideas ready to share. But I’ll write one each week so it will be fresh and can help us capitalize on current events, holidays, and anything else that will help fund your cause.

You can can raise the money you need this year. You might just need a little Fundraising Kick.

Check it out at the Fundraising Kick page.