Getting started on Google+ for nonprofits

Last week, I wrote a post for About.com explaining why I was checking out Google+.

A week later, I love it! I've would probably stay on Google+ if I didn't have so much invested in sites like Facebook, Twitter, and FourSquare. True, I am feeling a bit overloaded. For years it was habitual to post things to Facebook and Twitter, now I have to forcibly remind myself to.

I think Google+ will be incredibly helpful for nonprofits and teams. So here are my initial tips for fundraisers and nonprofits if they get an invite to Google+.

Those are my "getting started" tips. I see much more potential for collaboration on Google+ than I've seen on the other platforms. 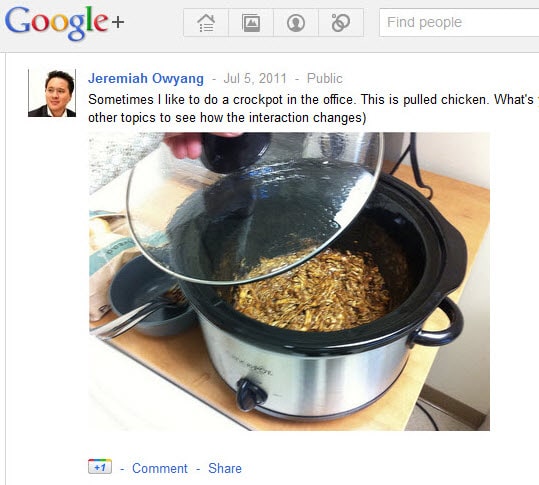 Granted, the chances are great that most of your supporters aren't on Google+ yet. And there isn't a feature for letting nonprofits have a profile. But now is a great time to hop in as an individual. Get familiar with this platform before your donors and board members get here. Ask questions. Be interesting. Experiment with work-related posts and personal posts. (My favorite so far is Jeremiah Owyang's post about the crockpot in his office. )

Find out what works for you and what doesn't. This isn't going to make Facebook or Twitter go away, so take those lessons to the places your organization does have a presence.

And, when you get in, I'd love to connect! My Google+ profile is at http://bit.ly/MarconGoogleplus.

Already using Google+? What tips would you add?

Let us know in the comments below!

There are two new books on social media for nonprofits, check out my Nonprofit Social Media and my Google+ for Nonprofits.