Can The Second Mile survive this scandal? 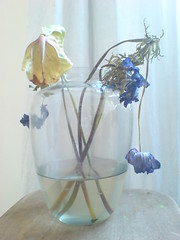 Over the weekend, a friend asked me if The Second Mile had any chance of surviving. After all, it now looks like it’s founder, Penn State’s Jerry Sandusky, created it as a place to prey on children.

Can a nonprofit overcome this type of scandal

My first reaction was “no way.” No matter what good The Second Mile has done, there’s no way it can get around the fact that it serves kids and its founder is alleged to have harmed kids in the most debasing and unforgivable way possible.

You just don’t get past that.

A name change wouldn’t do it. You’d still have the awful history.

But then I read an article in the Chronicle of Philanthropy. The Second Mile forced it’s CEO to resign. And it seems they started separating themselves from Sandusky in 2008. They specifically kept him from being around kids when an allegation surfaced in 2008. They even have a quote from an unnamed mother pleading with them to keep the services going because it has been transforming in her kid’s life.

Do you think this is enough to give them a shot?

From where I sit

As an armchair quarterback, the situation seems obvious: shut the nonprofit down. If the allegations against Sandusky are true they need to totally and unequivocally disassociate themselves from him. Make a clean break with the past.

What about the good people and all the experience and knowledge they’ve amassed over the years? I’d say, start a new nonprofit. Take all the knowledge about the need for these services and take the best team from the wreckage of The Second Mile, and get out there and really help kids.

What about you? Would you fight to keep The Second Mile alive or scuttle the ship?