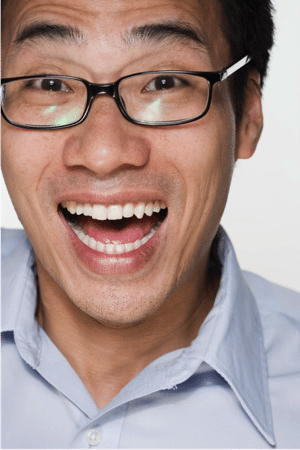 I often remind people that fundraising is a marathon, not a sprint. It takes hard work, strategic planning, and most importantly consistent execution of the plans.

But it’s important to remember that fundraising is fun! We get to connect donors’ assets with their passions. Who wouldn’t want to be part of that?!

In my trainings, I say that the donor is like an electrical cord and our nonprofit is like a wall of outlets. Some of those outlets are three-pronged, some are two-pronged, some are two-pronged with a fat edge, some are tree shaped like the plugs in New Zealand. We get to walk up and down the wall of our nonprofit with the donor, trying to figure out which outlet is the best fit. Then when they give “POW!” — it’s electric! Their eyes light up and the joy they experience is palpable.

A form of alchemy

So I was thrilled when last week a Graham-Pelton colleague shared the New York Times Opinion piece by Arthur C. Brooks called “Why Fund-Raising is Fun.”

Brooks was led to a passion for fundraising by studying the social data that indicate givers have a higher quality of life. Even a higher income. That got his family more active in giving personally, giving both time and money. As his career progressed, he became an active fundraiser for his organization. I love the discovery he makes in that capacity:

“In this role, I have found that the real magic of fund-raising goes even deeper than temporary happiness or extra income. It creates meaning. Donors possess two disconnected commodities: material wealth and sincere convictions. Alone, these commodities are difficult to combine. But fund-raisers facilitate an alchemy of virtue: They empower those with financial resources to convert the dross of their money into the gold of a better society.”

While I don’t agree with the “dross of their money” attitude, I love the phrase fund-raisers facilitate an alchemy of virtue. Helping donors connect with their passions is helping create meaning. For some it makes all they gone through now have a purpose. That kind of connection, that creating meaning, is like magic.

Fundraising is a privilege

As fundraisers, whether we are paid by an organization or volunteer to raise funds, we are privileged to see magic happen. We are the facilitators of that magic!

That is what makes fundraising fun. And this is what gets us through the tough days when it feels like nothing is happening. Who wouldn’t want to be part of this process?!

I encourage you to read Brooks’ entire piece. You can find it at: http://www.nytimes.com/2014/03/30/opinion/sunday/why-fund-raising-is-fun.html