Is #GivingTuesday worth it? 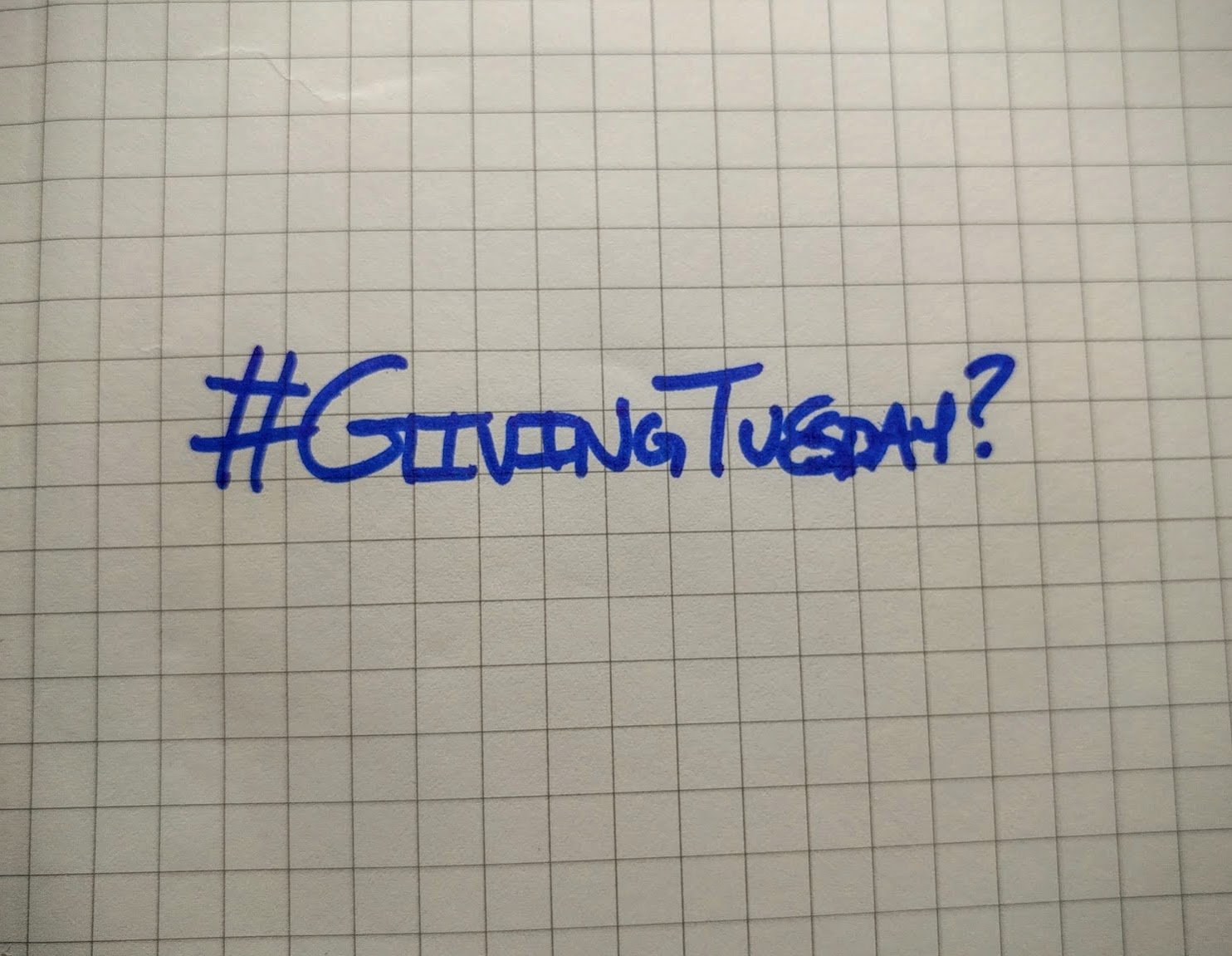 I’ve been getting alot of questions about #GivingTuesday. So here are some thoughts and some links to more insights.

A few weeks ago, Farra Trompeter and I discussed #GivingTuesday as part of a year end effort on Blackbaud’s #NoFilter Podcast. (You can listen to that podcast at: http://nofilternonprofit.blackbaud.com/h/i/278309430-episode-15-end-of-year-giving-who-s-really-driving-it-ft-marc-pitman-and-farra-trompeter)

And more recently, I interviewed crowdfunding expert Dana Ostomel. I chose to ask her really tough questions about crowdfunding. And boy did she have great answers! (You can listen to that presentation below.)

Each the #GivingTuesday chicken, spit out the bones

If you’ve ever been coached by me, you’ve heard me repeat my mentor’s saying, “Eat the chicken, spit out that bones.” Take what is helpful and toss out the rest. As I see it right now, Giving Tuesday is generally helpful.

One thing that turns me off a bit about GivingTuesday is the “win the lottery” type hype surrounding the day. Too many seem to think that simply adding the hashtag #GivingTuesday to a tweet will help them gain a large part of the $116 million raised last year. #GivingTuesday is not Powerball. Success takes intentional effort and planning. (Click here to tweet that.) In fact, before deciding to participate in #GivingTuesday, be sure to check out Joe Garecht’s reasons why your nonprofit should avoid #GivingTuesday like the plague.

One of the biggest fears I hear about GivingTuesday is that it will cannabalize year end fundraising. One colleague chose not to participate in it. Her nonprofit was used to getting 5- and 6-figure gifts in December so #GivingTuesday’s lower average gifts (reportedly around $140-150) would jeopardize their work. In our podcast, Farra Trompeter acknowledged that fear but says the studies show that isn’t happening. Even though participating in #GivingTuesday, donors are still making their normal year-end gifts. They simply see this as a one-off event.

More interestingly, people participating in #GivingTuesday found they were actually “acquiring” new donors to the nonprofit, not engaging existing donors. Couldn’t we all use new donors? Once a person has given, they can then be cultivated like a normal donor, growing in their giving.

Making #GivingTuesday work for you

I’ve found that any online fundraising benefits from being treated as a special event. It’s never about “just” putting up a web page or posting an update. It takes the effort of:

One of the reasons I lean in favor of #GivingTuesday is that it’s going to happen anyway. So often, fundraising involves us trying to get people into a giving conversation. But on #GivingTuesday, the hype and hoopla has people already talking about giving. So why not ride that wave?

For more, about how #GivingTuesday might fit into your year-end giving, listen to my conversation with Dana. (For some reason our faces weren’t recorded during the live broadcast, just the slides. Don’t let that stop you from learning from Dana!)