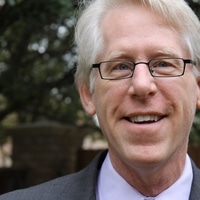 Did you ever hear the proverb the early bird gets the worm? When I was a kid, I was very, very literal. I decided that if the early bird got the worm, I had no desire to be that bird!

From that came my habit of sleeping in.

But now I know better and can apply this lesson to something as far afield as grantwriting. The idea is simple but it has a lot more to do with success than a quick glance might suggest.

One great quote from Mark Twain is:

“The secret to getting ahead is getting started.”

This applies to being successful as a grantwriter. My advice is: “Start as soon as you can.”

Sounds simple, right? But there are a number of levels to consider “starting” with. Here’s one you probably haven’t considered yet: You’ve got to “start as soon as you can” to know what requests for proposals are going to be released.

This means you can’t just be logging on to grants.gov or your favorite foundation site to apply for grants. “Starting as soon as you can” means you look back into the history of the organization whose funds you’d like to tap into.

Federal grants, for example, are often released about the same time every year (not always, but often). This means “starting as soon as you can” is actually two or three years ago. Particularly with federal grants, the archived ones help you see what is likely coming up again in the future. Especially if you find one grant you’re interested in now and see that it was released in substantially the same form earlier.

Foundation grants also are often released in the same time periods each year. Get to know their schedules.

Knowing the Past & Future Leads to Better Grantwriting

If you’re able to see that a request for proposals is released about the same time every year, that the types of proposals being requested are substantially similar, and that the agency or foundation has not announced a change in priorities in the past year, you’re far ahead of the game.

In fact, this is how you become an early bird, a time traveler, and a better grantwriter all at the same time:

In affect, starting your grantwriting as soon as you can allows you to go back in time to see the future! And knowing what they’ll likely give to helps you write better grant proposals.

Dr. Richard Hoefer is the author of “Funded! Successful Grantwriting for Your Nonprofit.” Get more tips at www.richardhoefer.com