A Leader’s Social Media Presence: 4 Ways to Make It Count

Do you doubt the power of your, and your nonprofit’s, social media presence to be a powerful tool for connecting with supporters? Maybe you’ve maintained your brand across profiles and networks, regularly posted, and even used advertisements to reach new audiences. But now, it feels like you’ve hit the maximum value that your social presence can provide.

To make the most of your social media footprint, you’ll want to build personalized relationships with each and every social supporter.

At GoodUnited, we wrote the guide to Facebook fundraising. While doing so, we’ve discovered a few steps you can take, both with your personal social media footprint as a leader and your nonprofit’s social strategy as a whole, to take action for your mission and grow relationships with supporters that last. Here are the tips we’ll cover:

Now, let’s say you already have a fairly successful social media strategy on Facebook. Your nonprofit has a ton of followers, you’ve successfully used ads to enhance your following, you post strong content, and you even benefit from user-created Facebook fundraisers.

How do you take your Facebook strategy to the next level, to bring stability to your organization during uncertain times and raise your relationships with supporters on the platform and beyond? Let’s dive into the top tips.

We don’t need to go into detail about the challenges that 2020 presented for your nonprofit. But, there is value in discussing the steps you took to overcome them.

Specifically, let’s consider how you likely pivoted your in-person fundraising events to the virtual sphere. Rather than outright canceling your annual gala, walk-a-thon, or day of giving, you accessed virtual fundraising software and adjusted your vision.

As a leader, that’s what you do when everything goes haywire: “... the vision remains the same, and so does your community. What changes is the path you take to that vision.”

Unfortunately, it’s also true that many virtual fundraisers of 2020 left much to be desired. And at this point, donors have been asked (time and time again) to give, but they haven’t benefited from the in-person interaction with your organization and mission as they would have in the past. Plus, with an unknown vaccine rollout timeline and whispers of the world reopening in the foreseeable future, there’s a question of whether events will stay fully virtual or turn to a hybrid model.

Embracing Facebook fundraisers is key to continuing to raise funds effectively during the uncertainty. On Facebook, you can access an audience of virtual donors that you may not have connected with previously. You can quickly plan and execute a variety of virtual fundraising events to engage this audience. According to our virtual fundraising experts here at GoodUnited, the following are all possible through the platform:

And as a leader, where does your personal social media footprint come into play? Well, first, you should actively participate in Facebook fundraisers and create your own— showing that even your organization’s leadership is chipping in.

Thank users who have started their own efforts.

At one point, Facebook fundraising had a bad reputation. This was largely because fundraisers are started by users, and therefore they can easily fall through the cracks when it comes to a nonprofit’s ability to acknowledge them. When your nonprofit fails to acknowledge fundraisers, you can come across as ungrateful for your supporters’ efforts.

Let’s start at step one: thanking fundraisers begins with discovering fundraisers. The process is broken down in this guide to Facebook birthday fundraisers, but essentially, you’ll want to:

These “thank you’s” can come from your main nonprofit page. But, as a leader, consider sending a few personal thank-you notes from your own profile. Further, consider sharing (and perhaps even donating to) the fundraisers that are publicly shareable.

One thing that makes 2021 different from 2020, is that the challenges of last year aren’t new— they’re commonplace. Instead of scrambling to learn everything there is to know about social distancing, you have already adjusted to the regulations resulting from the pandemic. For example, we know that we’re going to spend more of the year connecting virtually from a distance than we will be speaking face-to-face, in-person.

This awareness allows us to make the most of a hard situation. For example, you can plan to incorporate innovative, community-building tools into your strategies for this year, such as Facebook Groups. We’ve found that Facebook’s algorithm favors groups— meaning that you’re more likely to see a post from a group on your Timeline than that from an individual friend. This means that there’s a high likelihood that your supporters will encounter the information in your groups.

Consider creating groups for users that:

Facebook Groups serve a few purposes. They create an online community space for supporters to meet one another and bond over their support of your organization. However, it’s also a great opportunity for you to share educational resources, such as tips for holding a successful Facebook fundraiser.

This is what can help your social supporters, many of whom are likely not professional fundraisers themselves, be successful on the platform. And as a leader, you can speak directly with your organization’s supporters and forge strong connections.

Use Messenger to cultivate long-term support.

In times of change, you have to return to your core values as a nonprofit. For many organizations, one of the non-negotiables is building strong relationships with supporters. With Facebook Messenger, you can do just that.

On Messenger, you can have one-on-one conversations— simply talk— with supporters and return to the basics of donor stewardship. Conversational messaging through Facebook Messenger allows you to:

As a leader, you can speak one-on-one with the people that fuel your nonprofit’s work— expressing how valuable their contributions and time are for advancing your mission. It’s an entirely new channel to raise your relationships with supporters and acquire lifelong donors, and it’s one that few nonprofits are using at this point. This might be because nonprofits aren’t sure how to get users to opt in to Messenger to begin with.

However, there are a few ways you can get started. For example, you can invite supporters to join a group, and then post in the group asking supporters to connect on Messenger. Or, you can include a Messenger invite directly in your initial “thank you” notes from the second section.

To wrap up, if your organization is using Facebook regularly but is still not seeing the relationship-building and fundraising results you would hope for, don’t let that doubt hold you back from greatness on the platform.

We’d highly recommend seeking out the new ways that you and your organization can understand, inspire, and grow relationships with supporters on the platform. Emphasizing Facebook fundraisers, thanking users, and connecting via groups and Messenger are great ways to do just that.

And, if the tips in this guide seem out of reach with your organization’s current bandwidth, you can always work with a company that specializes in helping nonprofits cultivate relationships with social supporters at scale (like GoodUnited!) to elevate your efforts. Good luck! 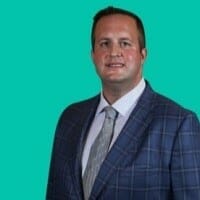 About the Author: Nick Black, CEO of GoodUnited
Nick is the Founder and CEO of GoodUnited, a venture-backed Software as a Service (SaaS) startup that helps nonprofits like Wounded Warrior Project, American Cancer Society, World Wildlife Fund create 1:1 relationships with their donors through the combination of data science and human judgement delivered in conversational messaging platforms. Nick's work with GoodUnited resulted in being named The University of North Carolina at Chapel Hill’s 2017 Distinguished Young Alumnus.