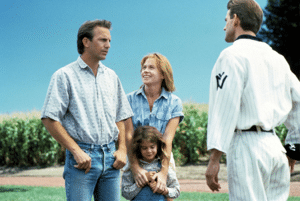 At a recent board meeting of one of my clients, we stumbled upon a perfect opportunity to make a planned giving ask of one of their constituents. The person had been involved with the organization for years. The ask would help endow an annual scholarship that was already being given in honor of this family.

This opportunity was so good I felt like I’d burst with excitement! I enthusiastically explained how amazingly right a planned giving solicitation would be for this person. How such a gift might allow this prospect to do for the organization what she hadn’t been able to do up until now. How the organization would benefit for decades to come from her generosity. And how her family may even get involved and give to the fund.

When I stopped, an uncomfortable silence filled the room. To my shock, not one of the people there wanted to make the ask. They fidgeted and shuffled their papers. After what seemed like an eternity, one person hesitatingly said, “I’m not sure we should ask her individually…What if we just sent a letter to our entire database asking them to consider a planned gift?”

One by one, everyone in the room began to breathe again. They all looked relieved. I was in such shock; I actually called them a bunch of chickens!

Here’s a shocking truth: your organization is not the center of your donors’ universe! They don’t think about it nearly as much as you do. And, if the case for giving to the nonprofit were so self evident, people would already be giving more than your organization could handle.