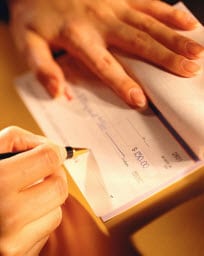 Last fall, the Chronicle of Philanthropy reported on a study of 33 people showed that they understood charities needed to have overhead expenses and were willing to fund them.

Granted, 33 people isn’t a huge sample. But these weren’t necessarily “typical” donors: they each gave over $1.5 milllion a year to charity.

This reminds me of a blog post I wrote a few years on one of the seven fundraising myths, a myth also included in my book on fundraising, the Mickey D’s Fallacy. In this myth, I suggest wealthy donors understand that sometimes quality costs more in the short term but lasts longer over time. In other words, they understand that there is a cost associated with doing business and they’re o.k. with that.

If there were no overhead, there wouldn’t be regularity in what we do. We might feed or house today, but there wouldn’t be people around to make sure that those people are either taken care of tomorrow or, better yet, helped to get out of their situation.

The article goes on to share what these donors are interested in and why they typically give to a nonprofit. (Hint: it isn’t your slick 4-color annual report.) Read the entire article at: New Study Sheds Light on What Wealthy Donors Care About; Many Say They Will Support Operating Costs.

Also check out the AFP’s post on overhead cost ratios. In it, they suggest how to make a case for spending on overhead including:

Yet another reason to be excellent at your fundraising storytelling and to be sure to ask your best supporters, even in this awful economy!

To learn all 7 fundraising myths, check out my book “Ask Without Fear!” or the seminar 7 Fundraising Myths.