Is your cause so weak it depends on a charitable deduction? 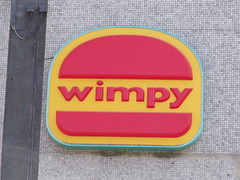 As expected the outcry was fast and strong.

At the risk of being a bit controversial: Who cares if deductions are limited?

I mean, really. Are nonprofits just another special interest, complaining about government debt but crying foul when attempts at fiscal management impact us? For crying out loud, haven’t we had enough of that already? The unions and big business spend millions whining and complaining. And still the people we serve suffer.

Is your cause really that weak?

Is your cause so weak that people will stop giving if they don’t get a tax deduction? If it is, you have many more systemic problems then what the federal government may or may not do.

Most people are charitable at some level. Giving has been happening for millenia, long before charitable tax deductions.

So rather than being another pain in the butt, complaining special interest, why not turn this into a season of deepening the relationship with your supporters?