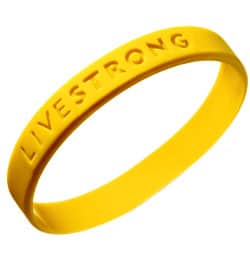 Herein lies one of the biggest challenges for nonprofits that are branded around a personality.

Nonprofits with personality are wonderful to work with and find it easier to gain supporters. People can identify with people more quickly than they can with an "organization."

But riding on the coattails of one person's personality leaves you open to problems when that person falls from grace (either in reality or simply in public perception). The Lance Armstrong Foundation faces a rocky phase despite all the good it's doing in educating on cancer, helping raise awareness about prevention, and even giving inspiration to those fighting the battle.

Here are 3 ways the Lance Armstrong Foundation can do to survive this:

This will be a busy weekend for the Foundation staff. Hopefully, they've been working toward this for weeks so they'll be able to come out strong. But, since nonprofit founders don't always communicate their decisions well with their nonprofit staff, this may be catching them by surprise. An interesting decision the board will want to examine is if the Foundation needs to distance itself as a brand from Lance. Or if part of the Foundation's mission will now be to defend Lance's legacy.

What would you add?
Those are the first three things I'd advise the Lance Armstrong Foundation staff to work on. What about you? Do you think they can weather this storm? What would you recommend they do?