Is announcing your goal killing your fundraising? 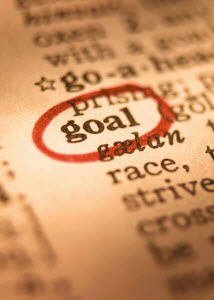 Fundraising is a funny thing. When combined with casting a vision, telling people how much you’re trying to raise can be a powerful motivator.

But could announcing your goal kill your ability to raise funds?

If you don’t see the video above, you can link to it here http://www.ted.com/talks/derek_sivers_keep_your_goals_to_yourself.html.

“Telling someone your goal makes it less likely to happen.” – Derek Sivers

In classic capital campaigns, you aren’t supposed to publicly announce your goal until you’re 60% – 75% of the way there.

Have you been part of a campaign or fund drive that didn’t hit its goal? Maybe the reason you failed was that your committee got the “rush” of accomplishing the goal just by talking about it.

If this sounds like you, here are three things you can do:

Those are my recommendations

What do you think? Is talking about your goal motivating or fatal? Tell us in the comments!