CEO’s: It’s not THEIR first date! 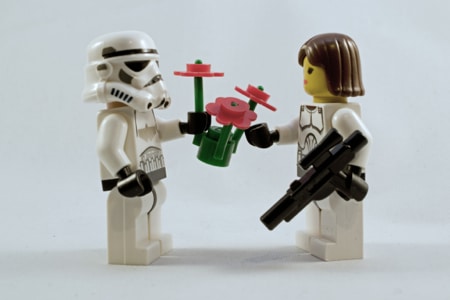 Over the last 18 months or so, I’ve been hearing a similar phrase from a number of my nonprofit executive coaching clients. The phrase?

This is often said with a self-righteous smuggness, as though the CEO is taking the moral high ground. Sometimes it’s said in advance of the meeting. Other times it’s an excuse for why a scheduled solicitation devolved into merely another cultivation visit.

These same CEO’s are incredibly frustrated that they can’t find enough donors for their cause. And that it takes forever to finally get a meeting scheduled with a prospect. After they’ve met with a prospect, had their “first date,” they’re ready to ask. But the prospect now seems elusive.

I had an enlightening moment a couple weeks ago while interviewing a corporate CEO. He said he was probably too aggressive about asking. “I make the ask within 10 minutes of being there. I figure, why beat around the bush?” Then he gave me some insight into his mind when he’s the one being asked.

“When a nonprofit CEO comes to visit me, I know why they’re there. If they don’t ask me, I feel like I’ve dodged a bullet. When they call back in a couple weeks, it’s really easy to say, ‘Oh, we just met. There’s no need to meet again. Try back in six months.’ And six months later to say, ‘We recently met. Maybe six months from now.'”

Have you ever been on the “maybe in six months” cycle? It’s annoying isn’t? All that communication, or attempted communication, is about the ask not about developing a relationship. You start getting the feeling that you’re “bugging” and “hassling” the prospect.

Get your ego out of the way

In my experience, your “not asking on the first date” is a thinly veiled cover for being afraid. You are reluctant to ask so you use this nice sounding excuse to get out of doing it. It sounds like you are being donor-centered. But you’re not. You’re really putting yourself at the center!

If you were to take a step back, you’d realize this isn’t about you. It’s about your nonprofit and the donor. This isn’t your prospect’s first date! They’re already getting to know your nonprofit. They may have even indicated what aspect of your nonprofit they’d like to invest in. Their relationship is with the organization’s mission, not with you!

This is precisely what you want! Staff come and go. In order to have a successful fundraising program, you need donors who will support your nonprofit over a number of years, regardless of who happens to be at the helm or in the development director role.

Trust the relationship–and get to gratitude as quickly as possible

Even if you’re not sure if your team has done the “perfect” relationship building, trust that your visit isn’t the prospect’s “first date.” When you make the ask, you may find it helpful to couch it in terms like:

Most times, donors will be fine with that. They’ll even give you some extra grace since you’re the CEO. They know your time is precious so many will expect you to not be taking it up with multiple visits to them. And in asking sooner rather than later, you’re showing you respect their time too.

Once they’ve made their first gift, the fun starts. Now your communication can be about showing the impact their gift is making. You’re talking about them and the great things they’re helping make happen. Showing a donor the good work their investment is doing is far more fun than trying to chase them down for a solicitation appointment!

If you’ve got the initial appointment, strike while the iron is hot and get to gratitude as quickly as possible.