Your steering wheel: the single most important tool for making effective fundraising asks 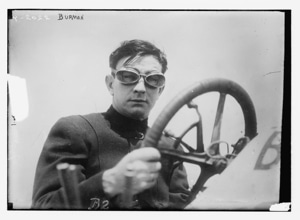 The response to my “it’s not the donor’s first date” post to CEO’s has been wonderful! I’ve received emails, tweets, and comments saying this was the best post they’ve seen in years. As Heather Stewart points out in the comments to the post, major donors actually get annoyed when the CEO doesn’t ask!

I completely understand that. Major donors and major donor prospects know the value of a senior leader’s time. If they’re meeting with one of the top leaders and the leader does not ask them, it can cause them to wonder where else the leaders are squandering their time.

But no matter how much a CEO may agree with that post, if we don’t equip her (or Board Members or Directors of Developments or volunteers) to ask effectively, she’ll still falter when she’s in front of the donor. And in faltering, she’ll most likely not ask.

The exact words to say when making a major gift solicitation

Fortunately, the way to overcome faltering isn’t very complicated. The most effective technique I’ve seen is having clients repeat the solicitation wording over and over.

Every month, board members and CEO’s ask me for the “perfect” words to say when making an ask. You’d be surprised at what can be effective! I’ve even seen a major gift ask on a post-it note! A sincere ask from a person of integrity can often overcome the most awkward wording.

But in my experience, most people find a version of the following phrase works:

“We’d like to ask you to consider a gift of [insert specific dollar amount] to [insert project or fund or the nonprofit’s name].”

That’s it. I’ve seen these simple words used to raise millions and millions of dollars.

Say it to your steering wheel

Play with the words. Find out what is the most comfortable for you.

I’ve been at this a long time and I still find I need to repeat the phrasing over and over. Fortunately, it’s increasingly less weird to talk to the steering wheel. People simply think you’re talking into a bluetooth headset. 🙂

Here’s why I think this works:

What if you don’t know how much to ask

Sometimes, even after doing all the steps in the Ask Without Fear!® system, you simply don’t know if the amount you intend to ask them for is the right amount. In cases like these, as in all cases in fundraising, I’ve found honesty to be the most effective fundraising strategy. Honesty is disarming and opens the donor up to wanting to help you. All you need to say is something like:

“You know, [donor’s name], I have no idea how much to really ask you for…Would you consider a gift of [insert specific dollar amount] to [insert project or fund or the nonprofit’s name]?”

“You know, [donor’s name], I have no idea how much to really ask you for…Would a gift of [insert specific dollar amount] to [insert project or fund or the nonprofit’s name] be in your realm of imagination?”

“You know, [donor’s name], I have no idea how much to really ask you for…I could be way out in left field on this one but would a gift of [insert specific dollar amount] to [insert project or fund or the nonprofit’s name] be a possibility?”

Do you see what you did there? You changed up the beginning a bit but you still used the exact phrase you’ve been saying to the steering wheel!

One final thing on the “perfect” words for asking: ask for a specific dollar amount. A weak “Would you consider supporting our cause?” means nothing to the donor. Are you asking them to think positive thoughts about your cause? Or tell a friend about it? Or to contribute a canned good?

Show them enough respect to ask them the specific dollar amount you’d love them to give. They’ll tell you whether it’s a fit for them or not. But being specific will help the negotiation deal with concrete details rather than vague generalities.

Now go out there and talk to your steering wheel!