Is your nonprofit fundraising ask like Al Roker’s #Rokerthon? 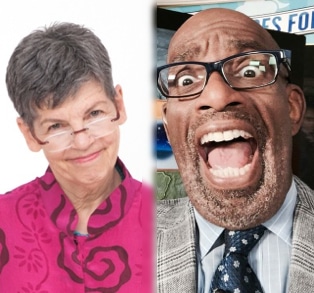 Legendary weatherman Al Roker is attempting to set a Guinness record for the longest weather broadcast with a 34-hour weather report.

For every hour of reporting, he gets a 5-minute break. You can watch the #Rokerthon live here.

Al is using this stunt to, in part, help raise money for the USO. And he’ll raise money. But you won’t.

In Ask Without Fear!, I mentioned how frustrating people were when they “watched” me do an ask. They wanted the words for the pitch. But I listened to the donor, asked her about herself, and made connections. The ask flowed from that.

Al Roker can raise money by talking a blue streak, but the rest of us can’t.

A “wall of words”

I love how fundraising guru Andrea Kihlstedt called this tendency a “wall of words.” She led an amazing seminar for The Nonprofit Academy called the “The Asking Conversation.” She parsed out exactly what to say when you aks and when to say it. And all the times you should be listening.

She even gives you the questions to ask. (NPA members can watch the entire training in The Nonprofit Academy’s Online Vault.)

#Rokerthon or not, get out and ask

Even if all you did was a wall of words, you’d raise more money than if you didn’t ask at all.

But chances are your nonprofit doesn’t need a Guinness World Record, it needs money to pay the bills. So take the risk and stop talking at donors. Start asking them about themselves. You’ll raise more money.

In the meantime, we applaud Al. Thanks for going out on a limb. And using it to raise money for a great organization!

Friday 11/14/2014: Congratulations to Al Roker. He did it! You can watch the last minutes, and the Guinness representative presenting him with the record, at: http://www.today.com/news/al-roker-attempt-world-record-longest-live-weather-report-1D80271588