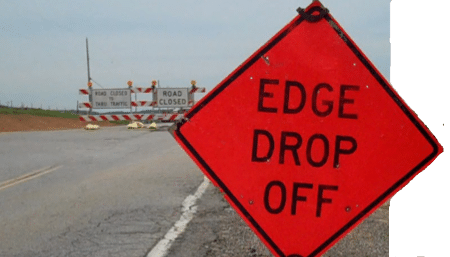 A couple weeks ago, I asked subscribers to the Ask Without Fear! email newsletter, “What is stopping you?” I’ve received over 100 responses from nonprofit leaders, fundraising staff, and board members!

I’m still sorting through all of them, but a very common one is a variation of, “They’ll resent it if I ask them for money.” It can also be said as:

Our brains are amazing things. The minute we make an agreement with a thought, our subconscious dutifully goes to the filing cabinet to pull up examples that back up our opinion. It will show us times when a person has indeed been annoyed. Or responded abruptly to a request. Those memories, even memories that have nothing to do with fundraising, reinforce our belief, making it seem like fact.

Stop it. People are giving money! Billions of dollars are given away in the USA alone every year; even more around the world. And not all those people can be resenting their giving. The odds are in your favor that the person you’re about to approach doesn’t either!

Get yourself out of the way

The good news is that our subconscious is just as dutiful about pulling up positive memories. We may have to work harder to create a habit of thinking of positive outcomes, but those memories are in there. If you’re just getting started, think of people getting excited about giving to anything.

The biggest trick that helps my coaching clients is to get themselves out of the way. Fundraising isn’t about you. Even if you’re raising money for your salary, the ask really isn’t about you.

When you start connecting the dots with the prospect’s interests, values, and desires and the nonprofit’s impact, you’ll start seeing reasons why the prospect just might want to give. This is like magic. The minute you can start believing the prospect might be interested in giving to your cause, the momentum shifts in your favor.

You start realizing that you might be giving people a gift by asking. Most people don’t know what they don’t know. They don’t realize certain needs exist right in their own communities. Just because that need is the center of your universe doesn’t mean it’s the center of theirs.

And even if they do know about the need, they often don’t realize that a donation to your nonprofit can have a big impact on fixing that problem!

You are giving them a gift by asking! You’re helping prospects make an impact in the world. You are making their own life better. You’re helping them be a hero. So get out there and ask!

The biggest reason people don’t give

Remember the #1 reason people don’t make a gift? They’re not asked. You’re going to have to ask for money!

People really are happy to give. And if they don’t respond well when you ask, it could be a timing thing. It’s not that people won’t give to your cause.

This week, gather your board, development committee, or fundraising staff and start collecting stories of happy donors. Stories that illustrate why people love giving to your cause. That way the next time you think, “People love giving to us!”, you’ll make it a lot easier for your subconscious to pull up the stories that will back you up.