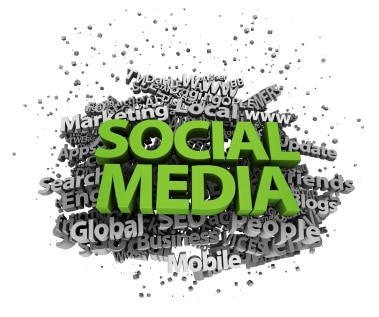 I was just on a call with fellow members of the Association for Healthcare Philanthropy folks when someone asked, “Does anyone here use Twitter or Facebook?”

It appeared I was the only one using social media for my nonprofit. Many wanted to, but their IT departments wouldn’t let them.

In a time when everyone’s being cost conscious and penny-pinching, I find it hard to believe that people wouldn’t be at least experimenting with free marketing sites!

As fundraisers, one of our primary responsibilities is to engage donors and prospective donors in conversations. We often do that by giving tours of our facility or taking people out for coffee. These will always remain important tools. But some of my colleagues are saying the current economic downturn is making it more difficult to get appointments.

Wouldn’t it be easier to engage donors in conversations they’re already having?

Millions of people are using sites like Facebook and Twitter. They’re using these sites for professional networking, for personal relationships, and even for sharing family photos to far flung family members, and for expressing their views on just about anything.

Our donors, board members, and local elected officials are using them too. So why wouldn’t we at least experiment with them?

These are ways we can engage in conversations at no additional cost to the organization. Moreover, as people join our “cause” on Facebook or tweet comments to us, their friends see their affiliation with our organization. Haven’t we all wanted more people to tell their friends about us? Or have our patients publically thank our hospital? If they join a page or cause on Facebook, they are. Their friends will see what they’re doing and may decide to check out our organization.

A few months ago, I was writing a fundraising appeal and hit a major case of writer’s block. I know the postscript is the most important part of the letter but I wasn’t able to create a compelling one. So, in desperation, I tweeted “This PS sucks, can you help?” and included the P.S. Within minutes I had suggestions that were far better. And one person even asked me to send her my entire appeal to look over. Her edits made the letter even more compelling!

And as members of these professional groups attend conferences and seminars, an increasing number of them are sending updates while they’re in the session! We all saw this as congressmen and women tweeted during President Obama’s not-the-State-of-the-Union speech. If we aren’t able to be physically present, we can still use these tools to learn what others are learning.

When I first joined Twitter, I started following a bunch of fellow fundraisers. We ask questions as issues come up during the day. Some of these fundraisers tweet from conferences their attending. They’ll often append their tweets with a label so it makes it easy to follow those threads. In one case, people thought I’d been at a conference in the UK simply because I replied to tweets from conference attendees!

It’s so easy to get enamored with new technology. But it’s not about the tools. It’s not about obsessing over Twitter or Facebook. Social media sites allow you to extend conversations with donors, build stronger relationships between them and your organization, listen to what others are saying about your cause or your organization, and meet colleagues for training and for real-time help. And it’s free.

Who wouldn’t want a free tool that offered all that?

Finally, even if we’re not experimenting with these tools, our donors are. More and more donors are finding ways to use social media to raise funds for their favorite causes. And most of these folks aren’t “asking permission,” they’re just doing it. Wouldn’t we all want donors like that?!

So even if Twitter or Facebook aren’t your cup of tea, it’s good to be familiar with the lingo and methods. That way when a donor starts one of these fundraising drives, you’ll be able to help her out rather than take up lots of time asking her what she’s talking about.

Hopefully I’ve convinced you to at least experiment with using social media for your nonprofit, and helped your IT department see how helpful this can be to fundraising. But before you jump in and start spouting off all the virtues of your organization and begging people to visit your website, take a deep breath and listen to the conversation that’s already going on. Each site has its own culture and etiquette. Would you go into a business after hours and just spouting off headlines about your organization? Of course not, you’d quickly become a pariah, avoided by everyone. Just like at any networking event, it’s important to introduce yourself—you as a person not you as an organization—and engage people in conversation. Ask questions. Listen to what others are saying.

If you’re on Twitter, I’m at http://twitter.com/marcapitman. I’d love to start a conversation with you!

And if you work in an IT department, I am only beginning to fathom the enormity of the task you face each day. That which seems simple to us is usually far more complex that we’d ever imagine. But would you please consider lengthening the internet leash of your fundraising colleagues? The better they do their job, the more resources you’ll have to work with!