The Force and Fundraising 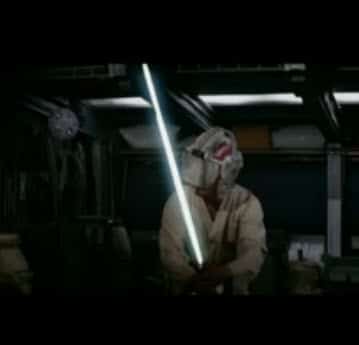 May the 4th has become an unofficial Star Wars holiday, given the pun on “May the Force be with you.” (Back in Catholic school, my friends and I would respond, “And also with you.” Being extra witty–in my own mind–I replied “This is a reading from the Gospel of Luke.”)

So today being May the 4th got me thinking about fundraising. Isn’t that the first thing you think of? 🙂

The Force in Nonprofit Fundraising

As I think about what “the force” is in fundraising, “expectation” immediately comes to mind.

In the Star Wars movies, the Jedi characters “feel” the direction things are moving and are able to respond based not on sight but on insight. So too with fundraising.

So much of what we do is based on

And many times we fee like we’re as blind as Luke Skywalker is on the Millenium Falcon with the hood covering his eyes and a flying metal ball shooting lasers at him.

Use the power of the force

But I think the real power of the force is in expectation. Expectation dictates how we approach prospects, how we draft fundraising letters, how we involve volunteers. If we expect people to be annoyed by our “begging,” they feel it and respond in kind. (Remember, you’re not begging!)

But if we expect people to want to be involved in our cause, imagine them as waiting for someone to show them how their lives can have even more meaning, we approach people with a boldness can be contagious. Granted, too much boldness can become obnoxious, but that’s a line we need to tread as we seek funding for our cause.

So on this Star Wars Day, pay attention to the force of expectation in your work. Are you expecting good things from your next interaction? Or are you expecting it to fail?

It takes the same amount of imagination to expect good outcomes and success as it does to expect bad outcomes and failure. So “use the force” to help you do tremendous amounts of good today!

What other parallels do you see with the Star Wars universe and the practice of nonprofit fundraising?