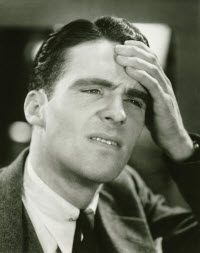 There have been some pretty high profile news stories of direct mail firms and telemarketers pocketing 75% to 85% of the money raised for a charity. The latest was reported yesterday on NPR reporting on a Bloomberg investigation of InfoCision’s work for charities like the American Cancer Society.

That prompts the question:

What were they thinking?

Paying for fundraising by giving the solicitor a percentage of the money raised is expressly prohibited by the Association of Fundraising Professionals in its longstanding Code of Ethics. So what were these big charities thinking by agreeing to such arrangements?

Any veteran in business development or nonprofit fundraising knows that “acquisition” strategies – processes that help bring in new customers or donors – often cost more than the first sale or gift. I remember hearing in one seminar that an acquisition mailing might cost up to $1.25 for every dollar raised.

The most respected practitioners remind us that the value isn’t in the one mailing, it’s in the giving over the entire relationship with the donor. Looking at the acquisition strategy in isolation is a severe distortion. It needs to be seen in context of overall fundraising for the year and, especially for startups, in the context of overall fundraising over the next many years.

So why not budget for fundraising?

If acquisition can cost alot up front, and if paying solicitors based on a percentage of money raised is deemed unethical by the biggest professional association of fundraisers, why wouldn’t a portion of a nonprofit budget be for costs of fundraising?

Just make it a part of the budget. All donations that come in go directly to the charity. All moneys the charity pays others, including its employees, comes from its budget.

Would that solve the problem?

I think it’s really important to also look at the overall picture: is more impact being made? Are more people being helped and without the effort? Is more research being funded? Not just from acquisition approaches but from the entire revenue picture of the charity?

I think these watch dog attempts are, presumably, well intended. Lying to donors is never good business sense. Lies should never be tolerated. Ever. If someone is raising money for a charity, that money should go to the charity. Period.

But in an increasingly complex fundraising space, charities need to have the flexibility of experimenting with different initiatives to fund their cause. I think one of the biggest problems facing nonprofits is a sentiment that was shared by Leslie Lenkowsky in a recent article in the Chronicle of Philanthropy.

“The public expects charities to behave charitably even if they are not acting in an economically rational way.”

What?! Isn’t “not acting in an economically rational way” the equivalent of going bankrupt?

The work of nonprofits make our world a better, more whole, and more beautiful place. Requiring them to act in irrational ways that cause them to go bankrupt will remove all the good they are doing. Is that really the intent of these news stories?

One takeaway for nonprofits

These media reports should cause all of us in nonprofits to take a hard look at our 990s. These are publicly available to everyone and often where the stories start.

If you were an investigative reporter, would the 990 financials make you question your charity’s integrity?

We need to be able to tell the stories of the numbers. Why are they what they are? Is this an anomaly or part of a trend? We can even use space provided by sites like GuideStar.org to help tell that story.

What do you think about these high profile media stories? Do you think budgeting for costs versus paying a telemarketer a percentage of funds raised is just a shell game?