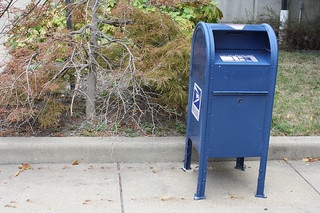 Fall is upon us and that means year-end giving is right around the corner. If you haven’t written your year end appeals over the summer, then now is the time to get those done!

As a broad generalization, I recommend sending a mailing:

How to write fundraising letters

The gist of the story is that his “intelligence,” his growing understanding of Calcutta, outstripped that of the people getting the appeal. This isn’t saying anything bad about the recipients. He simply knew more. And the more he knew wasn’t helping make the case.

Back in 2008 or 2009 when I was preparing to host a radio show, an experienced radio show host gave me a great bit of advice: don’t study up too much on your guest.

That took me by surprise! As a nerd, I figured I needed to read their book, check out their bio, and know as much about them as possible. Not so.

My friend told me that I was the bridge between the expert and the audience. If I knew too much, I’d get into “insider” conversation with the guest. We’d have a great time, but we’d lose the audience.

My friend told me that my job as host was to ask questions that were close to what the audience might be asking.

If you’ve ever heard my interviews in the 100 Donors Program or The Donor Retention Project, you’ll know I took this advice to heart. In these and my other interviews, I keep pulling the conversation back to the intended audience. When a guest geeks out, you’ll hear me say something like: “That’s great. Now for the person sitting in her office with no staff and only a few hours to devote to fundraising put that in place, what steps would you suggest so she can put this into place?”

Go back to the beginning

You need to do this in your three fall fundraising letters! As you’re writing your three letters, force yourself to go back to the beginning. Ask yourself:

Before you write, reconnect with these stories. If you’ve been with your nonprofit for a while, it may be hard to reconnect this way. If you can’t remember, go and ask board members and donors.

Remember, you’re year-end fundraising letters are supposed to raise funds. To do that, connect with where donors are, not where you wish they were!

If you want more tips and techniques for writing fundraising letters, sign up for the free email course at: https://fundraisingcoach.com/fundraising-letters/