3 things to NOT do in your next Kickstarter crowdfunding campaign 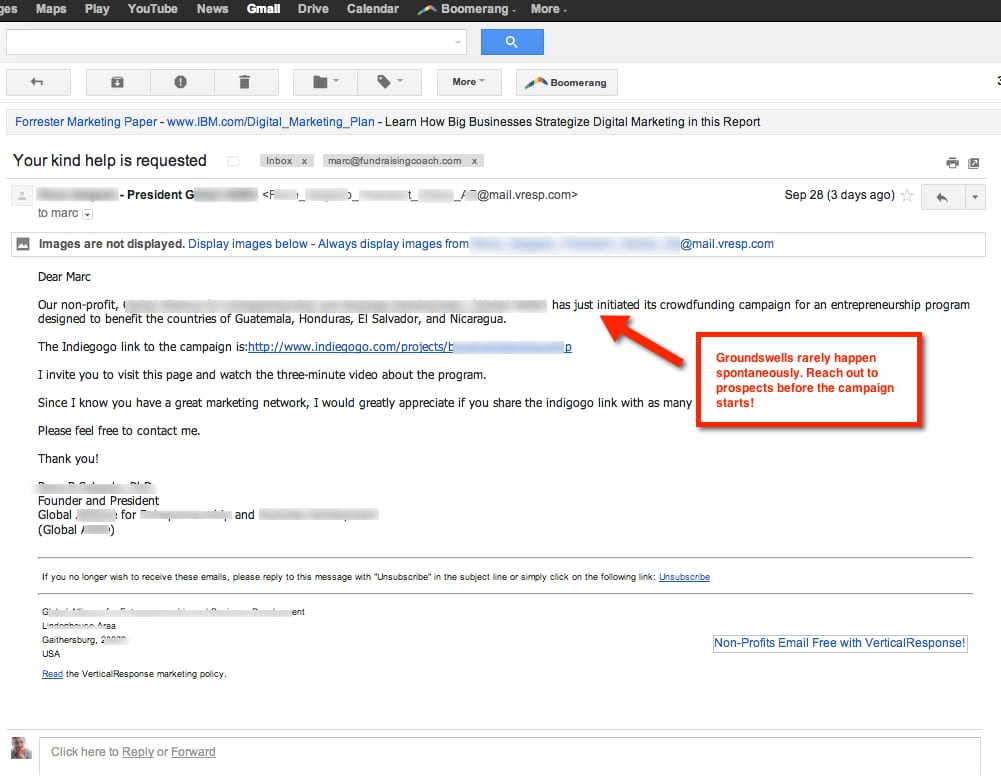 Crowdfunding has opened up funding for some wonderful projects. But according to their own stats, the majority of Kickstarter projects fail. And a full 10% never raise any money.

How to stay out of the majority of crowdfunding campaigns

I’m going to show you three strategic tips that will help keep your crowdfunding campaign out of the majority that fail. To do that, I’m taking a page out of Tom Ahern’s playbook. One of the best things about hearing Tom Ahern speak is his prolific use of real-life examples. When I received this email last week, I knew it would be perfect for an Ahern-like post. 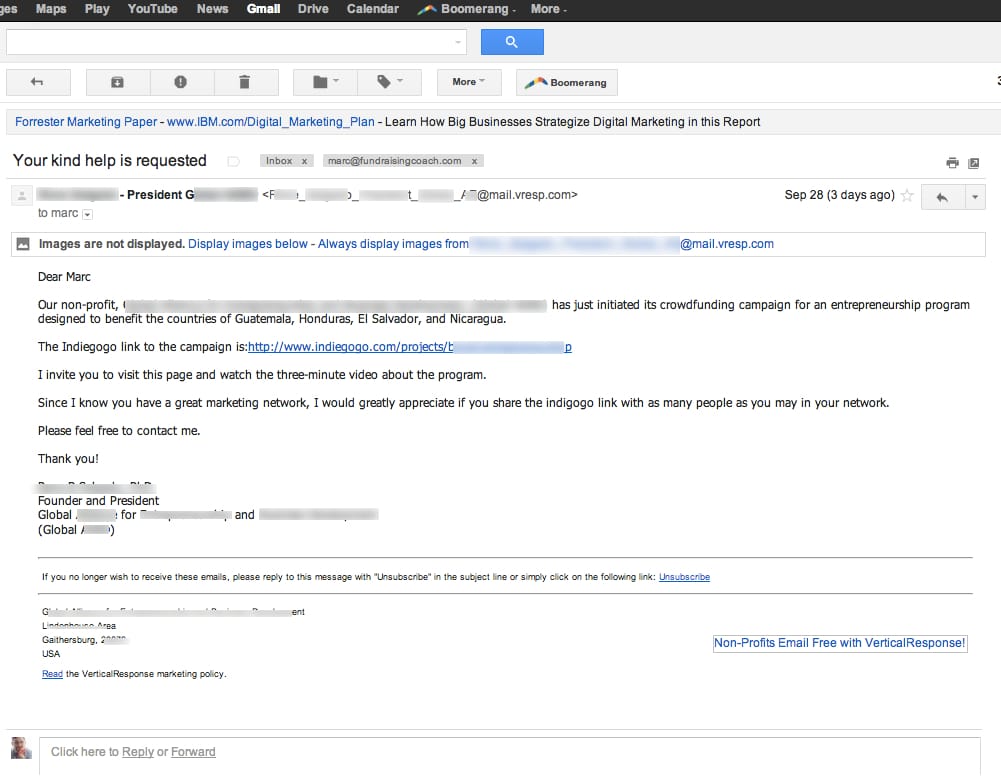 What do you think?

Those were my visceral reactions to receiving that Indiegogo campaign email. Do you think I’m overreacting?

What have your experiences been with fundraising on Kickstarter, Indiegogo, or any other crowdfunding site?

For more information on successful crowdfunding, check out 6 Channels to Call in the Crowds to Your Crowdfunding Campaign.