How to effectively ask for advice 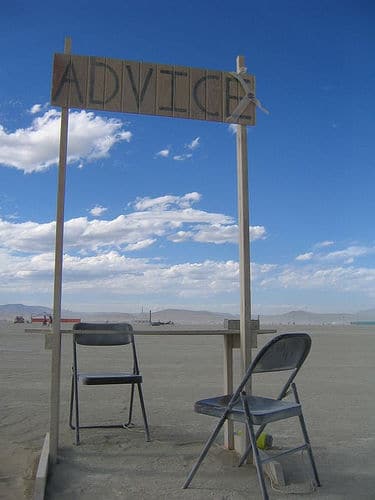 Last week, I was at a meeting and heard a board member say:

Isn’t that the truth? Think about the times you as a board member or nonprofit employee told someone you were asking for money. How often does that person think they’re helping by giving you ideas for raising money instead of making a donation? “Oh, you should try a bottle drive.” or “You know, what if you opened juice stores?” or “I bet if you sold these [fill in the blank of their product] we could raise some money for you.”

The great thing about asking someone for advice is that you’re forced to focus on the prospect. You must figure out something legitimate that he or she could actually give you advice about.

It forces you to see beyond the prospect’s wallet.

I know we’ve talked alot about effective fundraising letters and successful year-end appeals. These are extremely important components of your fundraising program. These should be well in hand. This week, ask advice of some of your best donor prospects.

Some tips on effectively asking for advice

What to say at the meeting

Asking for advice is a part of growing a relationship

Asking for advice fits in both the “engage” and “love” steps of the Ask Without Fear! fundraising system. When you’ve taken the time to identify a person’s assets, beyond what you think is in their checkbook, you’re treating them as a human. (Rather than treating them as an ATM.)

Using these tips, will help ensure that you are building the relationship, not damaging it!