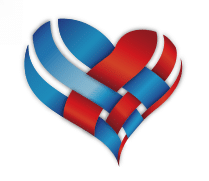 It sure does! According to the #GivingTuesday site:

In 2012, we had more than 2,500 recognized #GivingTuesday™ partners from all 50 states of the United States. The collective efforts of partners, donors and advocates helped fuel a marked increase in charitable giving on GivingTuesday.

Blackbaud processed over $10 million in online donations on 11/27/12 – a 53% increase when compared to the Tuesday after Thanksgiving the previous year. DonorPerfect recorded a 46% increase in online donations and the average gift increased 25%. More than 50 million people worldwide spread the word about GivingTuesday – resulting in milestone trending on Twitter. Not too shabby, right?

Do you have a plan for Giving Tuesday? This year there are around 8000 registered partners. But you don’t need to be a partner to ride the wave.

If you don’t have a plan, here are two options for today.

You stand to benefit from #GivingTuesday

More and more media outlets are talking about #GivingTuesday. This is good news for you, even if you’re not doing anything special for it this year. The more your donors hear about #GivingTuesday, the more they’ll be spurred to think about year-end giving.

So when they get your year-end fundraising letter, the chances are good they’ll have already done more thinking. I really think #GivingTuesday is one of those rare things the benefits everyone.

How are you celebrating giving today?

In the comments below, tell us how you’re celebrating Giving Tuesday!