The missing link in fundraising programs 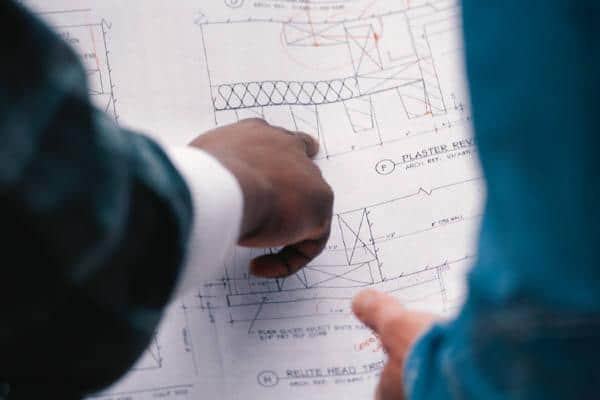 Whether your fiscal year starts now or is only part of the way through, January is a good time to evaluate your fundraising progress.

Listening to a conversation between Stephen R. Covey and his son Stephen M.R. Covey last week reminded me of the work you do with major donors.

Stephen Covey (the dad) and his wife wanted to impress on their kids the idea that everything as two creations:

To drive this point home, they went to a huge hole in the ground and got an architect to tell them what was being built. What in the physical was a hole was going to become a large shopping mall. The blueprints had all the plans for the details of the shopping mall infrastructure, down to even which stores were leasing which space.

Every thing had been imagined before it was built. Like that old adage: measure twice, cut once.

Begin with the End in Mind

This principle of “two creations” became known as Habit #2: Begin with the End in Mind. https://www.stephencovey.com/7habits/7habits-habit2.php

Habit 2 is the missing link in major gift programs.

Usually, we get a goal. “We need to raise $X more than last year.” So we lean on major gifts to do that. We do some planning: numbers of gifts, people to ask, activity goals for fundraising staff and leadership.

But we don’t go far enough. To truly be successful in major gift fundraising, we need to create in our mind the types of relationships we hope to create for the nonprofit.

January is a great month for that. List your major gift assignments on a spreadsheet and start planning what you want to communicate with each person each month. I find it easiest to figure out how much I want to ask for and when I want to make the ask. Then I fill in the months with relationship building activities that honor the donor.

You’re creating a blueprint for the relational infrastructure of your fundraising program.

And be sure to look at last year’s giving to see if there are new people who might need to be added to your blueprints.

The missing link in fundraising programs

This isn’t just the case in major gifts. We can get so focused on doing – sending letters, throwing fundraising events, posting to social media – that we never figure out if we’re doing the right activities in the right way.

When talking about peoples careers, Stephen Covey (the father) observed that some people are so busy climbing the career ladder, they never check to see if it’s on the right wall.

“If the ladder is not leaning against the right wall, every step we take just gets us to the wrong place faster.”

Don’t go to the wrong place with your fundraising.

If you’re not getting the results you want, stop. Take some time this month to find out why.

Or do you need to take time to thoughtfully plan out the relationship touches you want for the donors assigned to you?

Whatever it is, take the time to do both creations. Don’t skip one.

Your fundraising will be much better for it. And you might just find yourself liking fundraising more.

Fundraising Kick emails are weekly coaching emails written to help nonprofit executive directors get out from behind their desk and ask 5-10 major gift prospects for money. To buy a subscription, go to: http://FundraisingKick.com/.