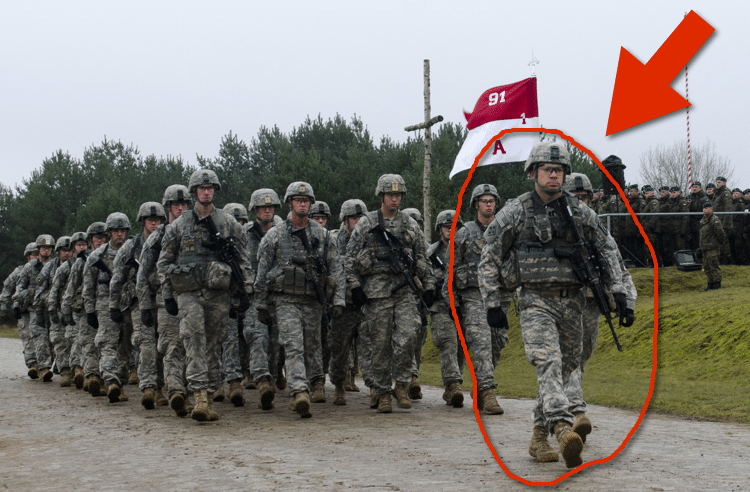 I wrote about it to my Fundraising Kick email subscribers. But I wanted to share it here. Hopefully it’ll help as you write your next fundraising letter or thank you note!

Last week, at the Nonprofit Storytelling Conference, fundraising legend Jeff Brooks shared a perspective I think will help you in making your 5 – 10 calls this week.

First, he showed a picture of a soldier leading an army. Everyone was marching in lockstep. He said that nonprofits tend to think of donors this way: the nonprofit is out in front (like the lead soldier) leading an army of committed donors, willing to sacrifice for the nonprofit’s cause.

He then showed a reversed image: a soldier leading the same army in a different direction. He said this is how the donor sees giving: she’s in front of an army of nonprofits who fight for her values.

He said the second picture is closer to reality. Donors pick nonprofits that represent their values. The nonprofits can come and go on the donor’s choosing.

And nonprofits that realize the donor is in charge of her army will be the ones that successfully raise money. The nonprofits that say, these values seem to match yours.

So this week as you make your calls, experiment with coming more from a place of asking for a part in the donor’s army rather than as a commanding general dictating how a donor gives.

Pay attention to how this type of ask feels different. Do you like it? Or does it feel like you’re giving up control?

We’ve long known that connecting the donor directly with the mission is powerful. (See “The Red Pen Challenge.”) But this idea helps me bring the donor’s view into focus. And it rings true to how I do my own giving. Does it resonate with you too?

As you prepare your mailings, ask yourself who you see leading the army you picture. And see what you can do to write to the donor as the head of her army.

Fundraising Kick is a weekly subscription email to remind you to get out and make 5-10 major gift appointments. To get your subscription, go to: https://fundraisingcoach.com/fundraisingkick/